Mural Art
The artist's work is currently not available in your region. Please select a different region
Follow @123klan

Influenced by the various 90’s graffiti art expressed in Europe and New York, 123KLAN crafted an hybrid style that gained them swift recognition. They defined around this time a new language that transcended all the graffiti “schools”. their first works were enriched by huge, sharped-angled letters in acid colors and characters with futuristic manga features pose alongside experimental type.

By shifting the boundaries of their two favorite disciplines, 123KLAN have advanced the graffiti aesthetics and infused a healthy dose of new ideas into current graphic design. Far from confining themselves to urban walls with the aerosol, the vector allows them to land on multiple medias, everything goes; record sleeve, posters, stickers, toy design, posters, skateboards, canvas, shoes, T-shirts...

It was after working for the leading brands of streetwear, that Scien and Klor  created their own brand in 2007. BANDIT1SM true laboratory initially, the development of the latter allows them to obtain financial freedom, giving free rein to their creativity. 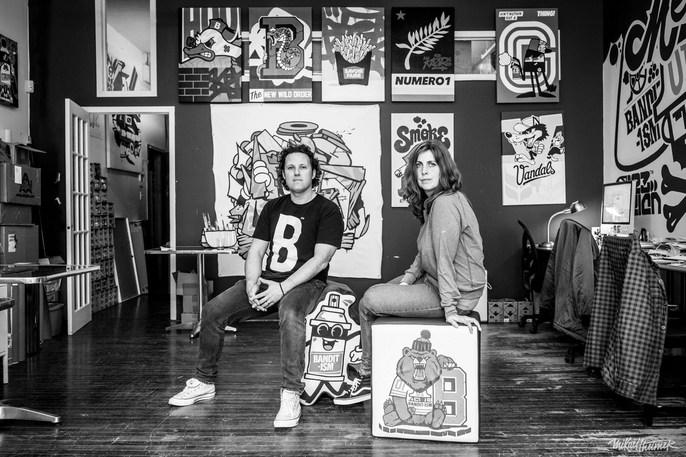