Illustrator
The artist's work is currently not available in your region. Please select a different region
Follow @sergeseidlitz

Serge Seidlitz, an English/German hybrid born in Kenya, grew up traveling between the U.K. and Asia, and a steady diet of MTV and Mad Magazine fueled his desire to become an illustrator. He combines elements from popular culture with diverse influences to create work that forms an iconic and graphic language, and explores original ideas through maps, infographics, character design, and other media.

Following his studies in graphic design at Camberwell College of Arts, he worked as an in-house designer at Cartoon Network before leaving to focus on illustration. Seidlitz has an ever-evolving list of clients, including The New York Times, The Guardian, NME Magazine, MTV, VH1, Lush Cosmetics, British Airways, Sony Playstation, Vodafone, Orange, Coca-Cola, and Honda. He won an AOI Gold Award in 2006 and his first solo show was mounted in London in 2011. 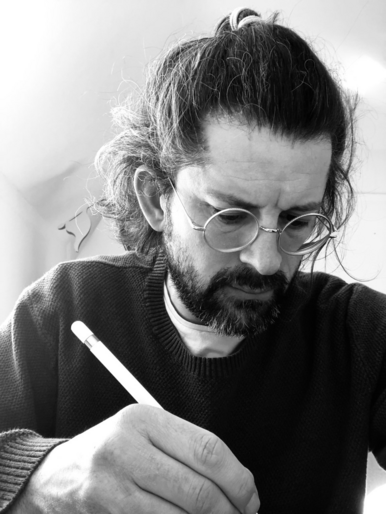